Baron Philippe de Rothschild SA unveils the new Mouton Cadet, the outcome of many years of work which began in 2004. Having gained complete control over its sources of supply, from vineyard practices to vinification, Mouton Cadet is changing its style. Rounder, smoother and more succulent, it will be revealed in a world exclusive at the ProWein Trade Fair in Düsseldorf from 19 to 21 March 2017.

Always attentive to consumers, the technical and quality staff of Baron Philippe de Rothschild have carried out a number of tests and studies in recent years, canvassing over 2,000 professionals, journalists and wine lovers in several countries. The surveys generated conclusive results which have led to a new style for Mouton Cadet. As a result of complete control over sources of supply and close cooperation with 453 partner winegrowers, the changes became possible from the 2015 vintage.

Working closely with the technical staff, who are at their side all year round, our partner winegrowers cultivate 1,520 hectares (3,750 acres) of vines in the best terroirs, almost half of them now in the Côtes de Bordeaux.

Know-how in the heart of the vineyard

Baron Philippe de Rothschild SA’s winemakers work with our partner winegrowers throughout the entire process of making Mouton Cadet wines in order to combine technical skill with knowledge of the terroir. The key factor is human action at all stages, motivated by a passion for the vine and founded on a relationship of trust in order to get the very best out of each selected parcel. Together, they have a single aim: to produce grapes under the best possible conditions, achieving maximum concentration and optimum maturity.

The new Mouton Cadet style is revealed with the 2015 vintage: a round, smooth, succulent wine, even crisper and with even purer fruit.

Reflecting this change, Mouton Cadet wines have been given elegant, lighter and airier new packaging. 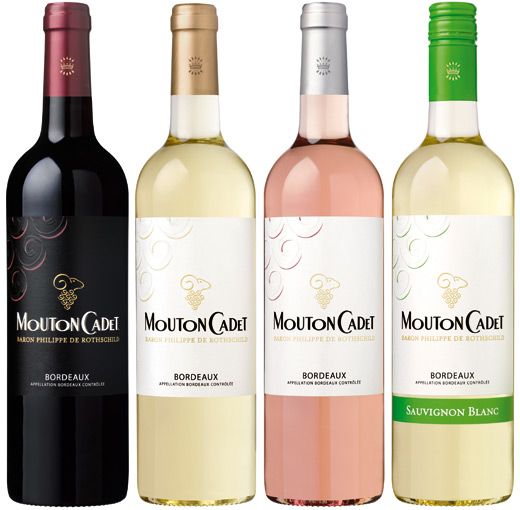 A rich and colourful range

Although Mouton Cadet red is the founding pillar of the brand, it has now been joined by its inseparable companions Mouton Cadet white, Mouton Cadet rosé and, more recently, Mouton Cadet Sauvignon Blanc. Fruit-driven, fresh and succulent, these wines reflect current consumer preferences, being easy to drink and made to be enjoyed young.

Comprising seven wines from prestigious Bordeaux appellations, the range is intended exclusively for wine merchants, gourmet food stores, hotels and restaurants. In order to distinguish themselves from the classic range, the wines in the Mouton Cadet Réserve range are more powerful, with refined oak to give them even greater finesse and elegance. 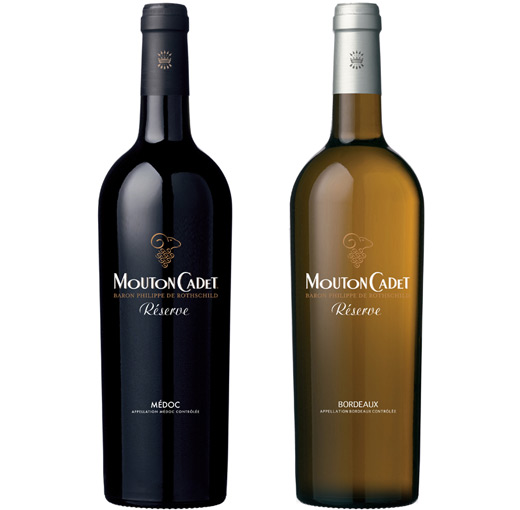