When better to reach the prime of life than in 2017, officially declared the Franco-Chilean Year of Innovation? The event was sealed on Saturday, 17 June by Philippe Sereys de Rothschild, Chairman of the Supervisory Board of Baron Philippe de Rothschild SA, and Alfonso Larrain Santa Maria, Chairman of Viña Concha y Toro SA, during an evening that was both solemn and festive. 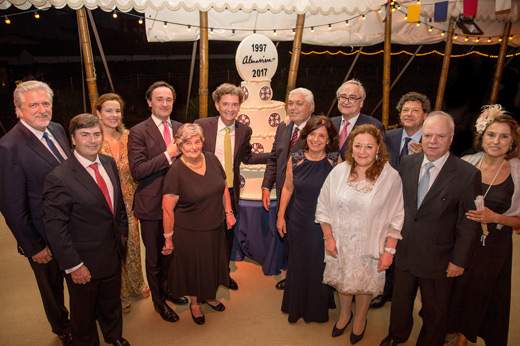 It is a happy coincidence, because innovation has been central to all that we do and to Almaviva’s success over the last two decades. It started in 1997 when the agreement was signed between Baroness Philippine de Rothschild, Chair of the Supervisory Board of Baron Philippe de Rothschild SA, and Eduardo Guilisasti Tagle, Chairman of Viña Concha y Toro SA. Through two great family-owned wine companies at the cutting-edge of progress, the Old World and the New joined hands.

“At a time when the eyes of the wine world were turned elsewhere, Chile was a still little-explored land with an exceptional climate and terroir. Our joint venture was as visionary as its two founders. I should like to take this opportunity to pay tribute to our mother, Baroness Philippine de Rothschild, expressing all our gratitude to her and our determination to pursue this shared enterprise by raising Almaviva to new heights. Now secure on sound foundations, Almaviva is a living, moving estate, ready to take up the challenges of the future”, said Philippe Sereys de Rothschild. 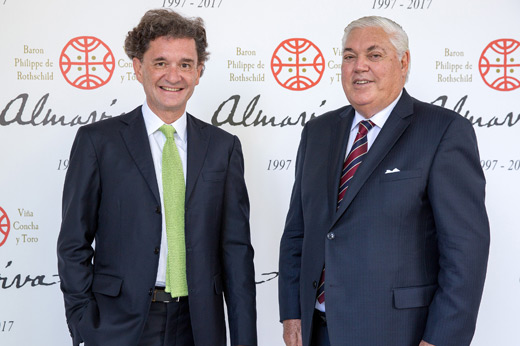 Innovation is also in the lifeblood of this particularly ambitious partnership, founded on common values and goals. Over the last 20 years, that quest for excellence has led the joint technical teams to constantly question their assumptions.

“From the outset, the Chilean and French staff have worked together to understand the needs and the challenges. The progress made in the vineyard and the winery has made us more efficient. The quality of our wines today gives the measure of those 20 years of hard work”, said Alfonso Larrain Santa Maria. “But we will not stop there. These days a vineyard is also a laboratory of ideas, it must be at the cutting-edge of innovation. But always and only with one single objective: excellence”, he concluded.

Innovation is also to be found in the creation of the notion Primer Orden, equivalent to a French Grand Cru Classé, in recognition of Almaviva’s exceptional complexity and great ageing potential. In order to deserve such a distinction, the wine must be made from vines and in a winery reserved exclusively for its production under the supervision of a dedicated technical team.

Today, Almaviva has definitively earned its place in the big league.