A British painter of Scottish origin who divides his time between London and Trinidad, Peter Doig is the artist chosen by Château Mouton Rothschild to create the original artwork to illustrate the label for its 2020 vintage.

In his work for the label, the painter combines echoes of Cézanne and van Gogh with a fascinating personal reverie on the nocturnal birth of a great wine, seemingly brought to life by the strange magic of a song played on the guitar.

The painting is a dreamscape. The artist has sought to create a picture that celebrates the growing and harvesting of grapes, showing workers in the vineyard. Peter Doig wished to establish a connection with artists like Millet, van Gogh and Bacon who had depicted vineyard or farm workers. The work also had a personal inspiration in his Trinidadian friend, an artist known as Embah (Emheyo Bhabba) who brought a cuatro – a four string guitar – to one of Doig’s exhibitions in Paris and shared his music and poetry during the course of the evening.

“The painting shows something of what goes on behind the scenes in the production of wine, what happens offstage, as it were. It’s a sort of ode to workers, to all those involved at the various stages of making a wine before it’s finally bottled. It’s a dream with a romantic streak, as if someone spontaneously decided to sing in the vines. It’s a moment of poetry, where you can take your time. It’s neither really day nor really night, but rather something in between, between waking and sleeping. It is possible to see it as a progression, a dream journey in the world of the harvest.” Peter Doig 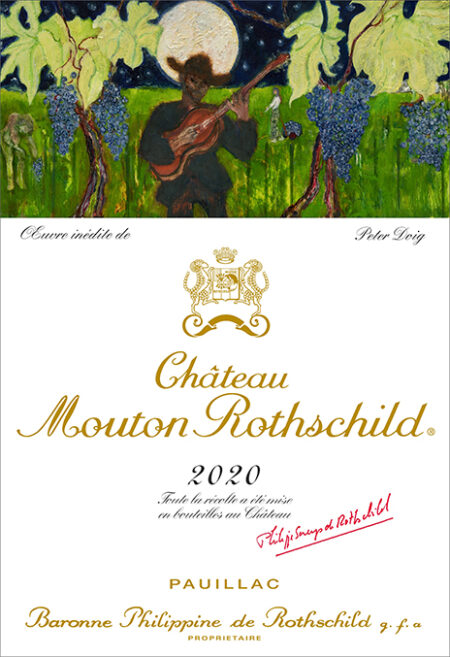 Born in Edinburgh in 1959, Peter Doig grew up in Trinidad and Canada before moving to London to study at St Martin’s School of Art and Chelsea School of Art. Since 2002, he has lived between London and Trinidad.

Peter Doig has been the subject of several major museum exhibitions worldwide including surveys at Tate Britain in 2008, the National Gallery of Scotland in 2013, Fondation Beyeler 2015 and the Museum of Modern Art Tokyo in 2020. Peter Doig taught for a number of years, notably at the Academy of Fine Arts in Düsseldorf, where he held a professorship from 2004 to 2017. Doig also served as a Trustee of the Tate Gallery from 1995 to 2000.

Peter Doig draws on various photographic sources for the composition of his paintings. Relying on materials -playing with textures and with pure and mixed shades, using solarisation and halo effects and shifts in focus – his works resist unambiguous interpretation. The landscapes are flooded in darkness or halos of light and mist, fluttering snowflakes or twinkling stars, labyrinths of branches, reflections in water. 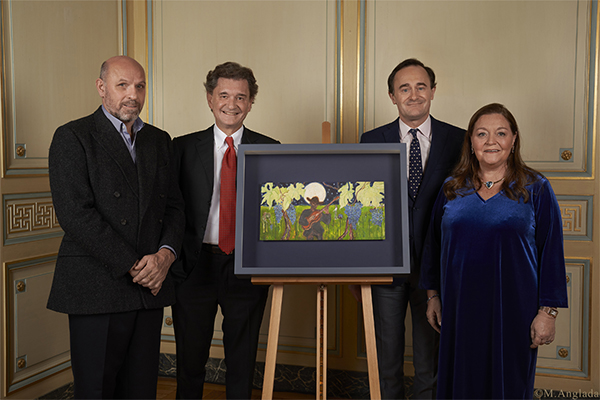 Julien de Beaumarchais de Rothschild, co-owner of Château Mouton Rothschild with responsibility for the estate’s artistic and cultural activity and relations with the artist who creates the original artwork for the label of each new vintage, explains: “We wanted an artist who uses canvas and pictorial material to express figurative subjects. Unrivalled as a colourist, Peter Doig focuses entirely on painting and has become one of his generation’s foremost exponents of the discipline, holding exhibitions all over the world. There is something very special about his technique and his universe that sets them apart in contemporary figurative art. His subjects are very varied, his painting resists any classification: he has succeeded in creating his own, inimitable world.”